I'm mostly just about a display I put together at work, and I mostly wanted to show it off in today's blog. Is that okay? Okay. 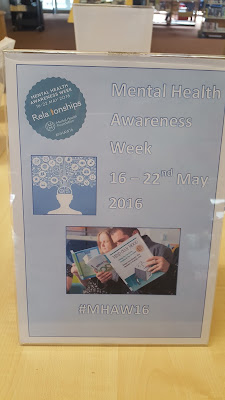 So the display was all about Mental Health Awareness Week and Dementia Awareness week. I filled it with books on the subject as well as leaflets and posters of information about mental health services, resources for carers, and resources for the elderly to read through. I worked on it a fair amount, and although it's quite simple I'm proud of the way it turned out. It's informative, visible, and most importantly useful to the general public. I feel a little sense of pride when I see someone observing it or picking up books to borrow. That might be the start of something new and fantastic for this person, and how wonderful for me to have had a small hand in something so awesome.

Realistically, it's just something small in the grand scheme of things that can be done for people with mental illnesses in my borough, let alone at large. But it is something, and that's an important thing to rememeber. 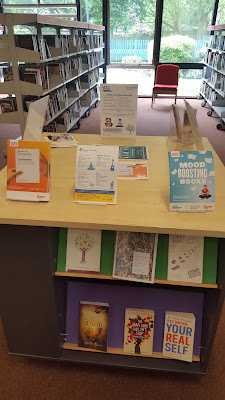 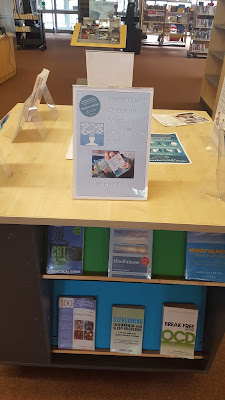 Sometimes I get discouraged from writing because I feel like there is so much more that I should be doing. I beat myself up about it, telling myself that I don't care enough and that if I really did I would be doing more active things, giving more money to charity or volunteering constantly. Starting hashtags and banging on the doors of Number 10 day in and day out.

Thing is, those things are fantastic, and the people who do or create or think of them are priceless assets to the movement. Let it be known that the love you must have for other people in order to dedicate your life so entirely to a cause is enviable. But they need supporters, they need signatures on  a petition and mouthpieces to spread knowledge and information in times where they cannot. They need people twirled in and around our society that can help them normalise the discussion of mental health. When governments make claims about creating a 'parity of esteem' between physical and mental health they need people all over the country and the world vying for that goal, and holding them accountable if they do nothing to reach it, and that's something we can all do in a world where your voice is more audible and important than ever.

So, rather than moping over what you haven't done (maybe not yet, anyway) we should take a second to list all the things we can and have done for both individuals and the wider world. If you want to do more, start making a game plan to figure it out.

Every example is important and worthwhile, just as you and I are.