7 Things You do Not Have to do as a Minority

I wanted to talk about Alton Sterling, Philando Castile, and the too vast, too frightening number of others in recent memory alone. I've wanted to talk, but each time I would just get sad and frustrated and tongue tied until I deleted it all.

There are other people who have said how I feel better than I ever could, but I still wanted to contribute in some way. So I thought I would make another list of things I have worried about my whole life as an ethnic minority, things that I'm just discovering I don't have to do, and the feeling is so freeing emotionally. So, in case there were some other people struggling with this, I've written some of them down here. Too often we have to sacrifice our own mental health and happiness for the comfort of others, or in order to stay informed and keep fighting, but we're not all as strong as each other. If you need time to hurt, if you need time to breathe, if you just don't feel like fighting today, know that you have done so well already.

So here, for some of my more anxious minorities, to hopefully make life a little easier for you.

As A Minority You Do Not Have To...


1) Give friends outside your group special "permissions" if you don't feel comfortable.﻿﻿﻿﻿﻿﻿

There are some black people that are perfectly fine with their non-black friends and acquaintances using the nigger/nigga for example. I'm not one of those people. That word in the months of anyone not black is a sign of disrespect, almost an act of violence, to me personally. If you don't feel this way that's perfectly fine, but if you feel the same way as me you don't have to pretend to be comfortable with it for the sake of others. Tell people off, politely correct them, make them understand your feelings as plainly as you can. If they listen, that's a great reflection on them and how much they value your feelings.

2) Be the spokesperson for your group as a whole.

People should not be taking your experiences and using that to paint a picture of your entire group. Do not encourage or allow that. It puts far too much pressure on you, and takes the blame off that person for not informing themselves correctly. Living under the impression that "my minority friend says x, so I guess that's true for all of them" is lazy, and implies that the person does not care to view your group as individual people. The blame is not on you for telling them what you can about your life and experiences, they must imagine you complexely and you must encourage them to do so. 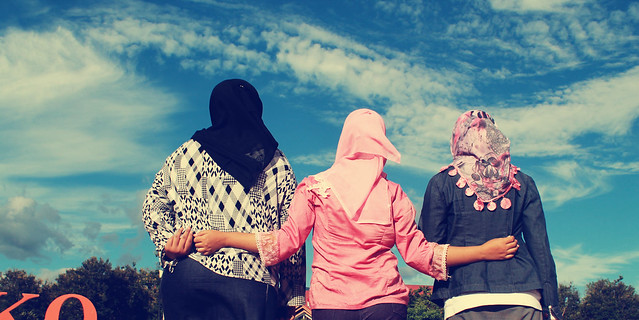 3) Convince others of your hardship.

If you are Muslim I should not expect you to give me a detailed summary of the Qu'ran back to front, nor tell you the ins and outs of each political conflicts in every Muslim country. If people ask you questions you only have to explain as much as you want to/you know/you think is appropriate. If the person asking truly cares about the answers you cannot give, and is not seeking to push you into a debate, they will research the answers in their own time.

4) Allow jokes or comments that make you uncomfortable.

If I had a pound for every time I let a racist joke or comment slide that made me uncomfortable or upset...you can guess where I'm going with that.
When I was younger I thought it made me cool, not being offended by things that I knew were gross and not okay. But the thing about being the "cool" Black friend is that eventually, people start to take jokes and run with them. The occasional joke becomes more frequent and more upsetting, but you feel like you can't say anything now because you didn't say no back then. People ask you stupid questions because you're "cool" and you won't scold them in the way they ought to be. They'll touch your hair without asking, tug your hijab to see how it's pinned, or grab your dick because you're gay and they're a girl so it must be okay.

The good news is: it's all about consent. You have the right to be offended, and to revoke that consent, at any moment.  Exercise your rights.

5) Argue on the internet

Lord, do I struggle with this one a lot. Part of me feels like I cannot allow people to walk around with incorrect assumptions about my race, or to spread hate, or to diminish the reasons why we're not treated equally in society. However, that is a tiresome thing for someone who does not enjoy arguments or debate. Getting people to change their opinion is often a fools errand. I don't remember who I said it to, but I recall saying that when it comes to the Black Lives Matter movement, the aim isn't to stop racist police officers being racists. The aim is to make it so people who actively disregard the rights of black people are not protected by the law. So that cop might still be a racist, but rest assured that if they hurt anyone because of their opinions they will face legal consequences.

You don't have to fight to force people into your way of thinking and, in fact, I would discourage it. Instead, pick and choose your battles carefully and take time to check in on yourself before engaging in something that will potentially upset you for a long period of time. 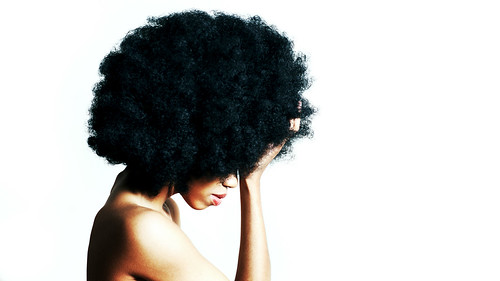 6) Buck stereotypes just for the sake of it.

Of course this would be the final point I leave you with, because that's what I'm always going on about. But for a lot of us POC (though these points can apply to a person in any minority group that finds them relevant) are part of cultures that do not treat mental health as something serious or something worth talking about. So having to deal with that on top of society not treating mental health equally, and in the wake of some much tragedy within your own and other people's communities, it is easy to attempt to force yourself to deal with difficult emotions all on your own. We live in a world where information is so readily accessible, and because you give a damn about what's going on in the world it's very possible to be overwhelmed with sadness or pain.


It's okay to log off, to disengage for a moment, to take time for self care. It doesn't make you any less empathetic, any less woke, any less intelligent. It just means you're human, and you need to rest.