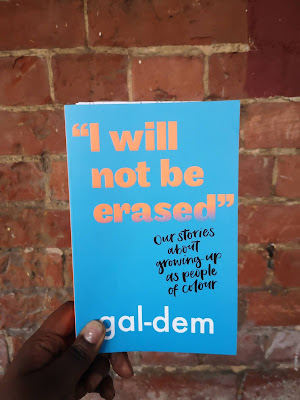 Gal-dem is an online and print magazine created by women and non-binary people of colour. I’ve been a fan of theirs for years and the way they have created a platform that magnifies the voices of marginalized people and maintains a safe space for them to come to on the internet. I wrote a piece for them a couple of years ago about interracial dating that very much pissed off a guy I used to see because I suppose he felt called out. So I’m grateful to them for that.

I was at the end of a challenging week when I first sat down to read “I Will Not Be Erased”. Frustrations at work, in my personal life, and looming thoughts about the two-year anniversary of the Grenfell fire coming up were all roiling angrily in my brain. I had seen the announcement of the book in passing on Twitter and added it to my mental shopping basket, but as is normal when I get into moments of extremely low mood, I had decided to treat myself. I deserved it, damn it. I had been working hard all week despite feeling like my chest was caving in.

I started to read the book on a tube ride over to a friend’s house the same day I bought it and was gut-punched by the first essay Racism and Revenge by Yumna Al-Arashi (@yumna). Here was someone with an experience distinctly different to mine, tied up in both race and religion, and yet it struck me in a place of deep empathy. I had been that teenage girl, angry at the way the world was treating me and feeling powerless to change it, fighting against my parents because they wanted me to be safe and I saw that as them hating me. I felt myself start to well up in the middle of a packed Victoria Line train passing through Oxford Circus and had to close the book. I felt anger and sadness all at once and it was too much, too visceral, but so necessary.

The book itself is divided into essays written exclusively by women and non-binary people of colour just like the magazine, describing experiences they had growing up that have influenced the people they are today. Every essay uses diary entries from the writer’s past as a point of reference and is either structured as a letter to their younger selves, a retelling of a story from that period in their lives, or advice directed towards the reader.

Each essay seemed to reflect an aspect of my own mind back at me, acknowledged a fear, pain, “You speak well for a black girl” by Niellah Arboine (@niellaharboine) spoke directly to some of the hardest parts of my teenage experience, feeling like I wasn’t the “right kind of black” and almost rejecting my blackness because I felt like it was rejecting me. Charlie Brinkhurst-Cuff’s The lesson of dance school (@charliebcuff) spoke to my fear of failure growing up and feeling like I had to know exactly what I wanted to do for the rest of my life in a way that has permeated my adulthood.
or frustration that I have dealt with at some point in my life with the understanding that this pain is intrinsically linked with being a woman of colour.

I also appreciated the inclusion of links to organisations that can support anyone affected by the themes discussed throughout the book. It had a huge emotional impact on me and I'm sure many other people who have read or are reading it. Including that information at the end promotes asking for help if you need support, and having so many options also reinforces the importance of finding the support that will work for you as an individual. Resources specific to people of colour and LGBTQIA people, for example, are vital. 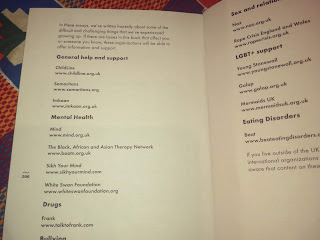 Each piece has its own style and flair to it, but the mood of the book is unified: powerful, being happy despite your past, and healing. The essays by Kuchenga (@kuchengcheng) and Candace Lee Camacho (@duendita95) typify this mood perfectly for me. They are two beautifully written pieces with imagery weaved into their stories that really stuck with me (the way Candace describes her mother on the first page made me put down the book and tweet about it) and they both have this very poignant air of happiness born out of healing from the past, which is what makes this book so powerful for me.


The power of healing 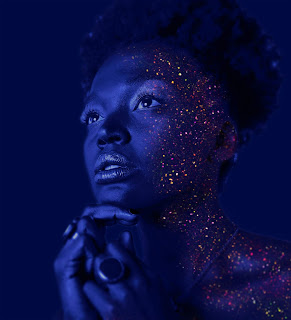 "Caring for myself is not self-indulgence, it is self-preservation, and that is an act of political warfare." – Audre Lorde.

It’s a phrase I’ve quoted many times; one I might as well get tattooed on my body because the sentiment means so much to me. As a fat, anxious, nerdy, alternative black woman I have had to battle being treated as a joke, inherently unattractive at one extreme, a sex object at the other, a fantasy, an insult, a sexless sponge for other people’s far more important feelings, absolutely nothing at all, and a target for both deliberate and disguised racism. All of these things take a toll on one’s self-esteem, mental health, and can ultimately make you question whether you could ever be happy.

As a teenager, I was always so deeply, deeply angry. It seemed to me that all the things that seemed to get in the way of my happiness were things I couldn’t control like my appearance, the boys I was attracted to, or the music I liked. Growing up and taking the time to love myself and slowly realise where all that anger was coming from was a very slow and very important process, and it has given me the strength to heal with a thicker skin. The writers at gal-dem are doing the same in a very vulnerable way. Reading this book feels like sitting in on another person’s therapy session, it is deeply personal and almost perverse. I feel like I shouldn’t be allowed to see these things, that it’s none of my business, but by analysing themselves and taking a moment to reflect on their own healing so publicly they are making a radical, political statement. We will not be held down by the hurt in our past, we will not be frozen by fear or pain, we will make our voices heard because they are necessary. We will not be erased.

This book is an embodiment of the power of healing, how it can impact you and the people around you in ways you could never possibly imagine. This sentiment is so true to why I started this blog and why it has remained such an important passion project for me, and so I cannot recommend this book enough.
Labels: black mental health empathy Health LGBTQ lgbtqia LGBTTQQIAP Mental Health Mental Health Matters mind minority minority mental health Politics self-care self-healing Self-help Self-love Self-reflection