Quarantine Panic: learning to understand my own thoughts 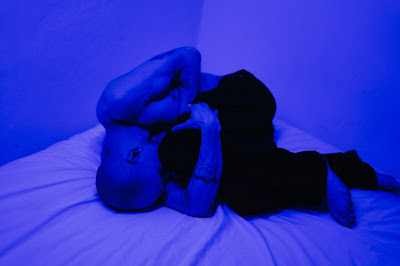 So, I had my first big quarantine freak out last week. I'm not sure what caused it exactly, but I suppose it was just everything hitting me all at once in a way that it hadn’t before. If it was a panic attack, it was different than the ones I usually experience. The only thing I can compare it to was a moment I had in secondary school during English. I can still see the whole thing super clearly, feel my head resting against my scratchy and worn red and black fingerless gloves that were definitely not part of my catholic school uniform. It was this sudden implosion of feelings. Everything was so sad and so heavy in my brain that it hurt to lift my head off the table. I can't remember what caused it then either, friendship drama or hormones or being trapped in class or the terror of exams or all of it mashed together. This was before I even knew what panic attacks were so I didn't know how to stop myself from spiralling.

There was a conversation on Twitter recently about how people experience thought, whether through pictures or sound or both, and whether people have an internal monologue. I would describe my thoughts as a stream of consciousness with a sprinkle of intrusive thoughts here and there, but it’s always going and doesn’t have any sort of clear sentence structure. Just random thoughts. However, when I’m in stressful or panicky situations it seems to zero in on one word or phrase over and over and over again.

In that English classroom when I was in year 11 the phrase was something like:

In this instance, the phrase was simply:

Because of CBT practice and past experiences like that English class incident, I was able to stop myself from spiralling this time. I got up, I cleared some space in my room because all the clutter was making me even more panicky, I did a two-minute breathing exercise to get my focus back, and I went out for a long walk around my area to stop the racing thoughts. However, as soon as I got home and back into my bedroom the feeling came straight back. Duller, but still painful.

I’m in a very privileged position right now with this lockdown situation in that I'm able to work from home. I'm incredibly grateful for that, but the lack of separation between work and home is a huge mindfuck. If I have a bad workday or something upsets/frustrates me I can’t really escape it because it's right there at my desk. On the flip side, there are thousands of distractions and temptations that stop me being productive and they are absolutely everywhere.

I also just feel stuck, and I've been feeling stuck for a few years now, unfortunately, but if before COVID19 I felt like I was glued to the ground now I feel like I’ve been nailed to it. I’ve been wishing for time and I’ve been wishing for change, and it feels like some shitty cosmic joke is being played on me. My day-to-day life has completely changed, I have more time, but it’s all tinged with this unrelenting dread and depression and anxiety which has me halfway paralyzed. It’s taken me so long to write this post, for example, because it’s difficult but ultimately healing to write out my thoughts so I can understand them better. But fuck healing, all I want right now is to be comforted. Give me Animal Crossing and baking terrible cakes instead of actually working on my writing and reading more and all the self-improvement I could be doing.

But do you know what’s worse than being depressed? Feeling guilty for being depressed because people are dying and risking their lives every day while you're just at home. The more I dwell on that, the more depressed I feel, and it just feeds itself forever. It’s a fucking joke, isn’t it? 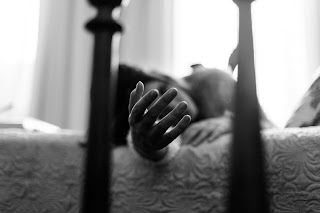 But let’s be fully transparent for a minute, yeah? As if I haven’t shared way too much already:

I don't like just spewing my thoughts on here and leaving it at that. I try not to treat this blog as a diary if I can help it. My goal is to approach each post with some kind of point for the audience, or at least something for you to reflect on. Part of what took me so long to write this post was that I couldn’t really think of one. I just had all these feelings that I wanted to get out of my body before they chewed a hole through my chest. I can’t type with that sort of energy though, my brain short-circuits or something. I can write like that (you know, pen-and-paper-caveman-style) and I can speak like that, but if I’m typing I need structure.

So, to get the words out of my head I used text-to-speech on my phone and I just talked for like 20+ minutes. It was a garbled mess, of course, but it was out of my head so I could observe and understand it. Going back to that Twitter conversation about thought, I have difficulty processing my feelings a lot of the time because my thoughts are constant and rapid-fire and not fully formed. Once I say or write them down, they become real and I can comprehend them better. Does that make sense? Probably not.

Either way, I spat all that stuff out and I’m carving through it to write this post but in the process of doing so, there are a bunch of really telling things that I don’t remember saying but they’re helping me understand where my head was. Most of it I won’t share because I have my limits and this blog already pushes them enough, but a lot of it was like:

But here’s my favourite, and where I found the point to this post:

This is big, big advice that I believe in wholeheartedly but never follow because it’s terrifying and not always safe, but now that I’m at home this is something that I can give myself the space to accomplish.

If I’m feeling tired, anxious, sad, embarrassed, awkward, or anything that anyone would hate to feel I will give myself space to truly feel those feelings instead of running from them. No trashy tv, no scrolling aimlessly on my phone. A lot of anxiety is your body bracing itself for a feeling that you don't want to deal with. That's the tension and the tight-chested-ness and all that frantic energy that ends up making you feel just as bad. Sometimes, allowing yourself to feel awful until the feeling passes makes you feel like a superhero because, holy shit, you actually survived it. It can also mean that the next time those feelings crop up you’ll have the skills to deal with them instead of launching yourself into a panic attack trying to beat them back. 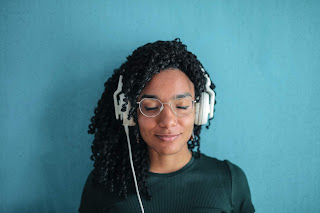 I don’t necessarily want to say, “go out and do this!” to you all because, as I said earlier, it isn’t always safe. The way I am dealing with my mental ill-health has changed quite significantly this year (talking about that will be the next post, I think) and I don’t know if I would have been able to make myself do this in January compared to now. I’m better equipped now, and whether you’re equipped to do the same thing is something I can’t make a judgement on.

What you could also do is talk out your feelings like I did with this blog, if just sitting in them feels too awful. Let yourself ramble into a voice recorder or use text-to-speech on a day where you’re struggling with your emotions and then revisit those words a few days later. Maybe there are things you notice then that you couldn’t see in the moment?

I’d love to hear what people’s experiences are, even if they aren’t great. I do get a bit weird and uncomfortable talking about this stuff one-on-one so don’t feel discouraged if you approach me about this or any other post and I get a bit quiet. I love to hear what people think, I really do, but it’s easier to talk about my own feelings at a distance. Close up can be a lot.
Labels: anxiety black mental health coronavirus COVID19 Depression emotions Mental Health Mindfulness minority mental health